If time permits during your stay in Tokyo, a good way to experience rural Japan is to head off to a nearby town for a day trip. One popular destination is a visit to Hakone, a mountainous town located west of Tokyo.

We have been to Japan a number of times, and during our last trip we endeavoured to visit this town, to experience its famous Onsen, hot spring bath. This is also a good vantage point to see Mount Fuji from Lake Ashi, weather permitting of course.

END_OF_DOCUMENT_TOKEN_TO_BE_REPLACED

I’ve always wanted to experience a boodle feast or fight for a very long time. I’ve seen a lot of photos on social media and television food networks showing what a gastronomical experience this type of Filipino dining is, where food favourites are served on a wide-green banana-leaf platter and eaten with bare hands. So I contacted my friends whilst back in the Philippines, to see if they would like to have a get together and catch up over a boodle night, everyone liked the idea, so bring on the food war!

END_OF_DOCUMENT_TOKEN_TO_BE_REPLACED

Finally we made it to this adventure park this year, a long time in the planning. Dubbed as Mindanao’s favourite extreme playground, this place has more to offer than meets the eye. Mindanao is the second largest and southernmost major island in the Philippines.

Our trip began from Davao City with few disagreements on how long the trip it will take. Google map says 5 hrs and 16 mins, 240.7 km, though from word of mouth it’s only 4 hours. Reluctant on which time frame of travel to rely on, we headed off after lunch. We hit the road on the Davao-Buda National Highway with traffic along the way that totally slowed us down. The roads were relatively stable and well-maintained so it’s easy for a four-wheel-drive vehicle, at times we can speed up to 100 km per hour but mostly we remained under 80 km per hour.

END_OF_DOCUMENT_TOKEN_TO_BE_REPLACED

(A continuation of the Christchurch to Queenstown Winter road trip)

We arrived in Queenstown around 8 pm and immediately checked in at the Copthorne Hotel and Resort, our room was overlooking Lake Wakatipu and we couldn’t wait to see the views the following morning.

The long drive from Geraldine to Queenstown was exhausting but we were ecstatic enough that we arrived safe and sound at our final destination and it definitely called for a round of beers.

END_OF_DOCUMENT_TOKEN_TO_BE_REPLACED

Short cruises seem to have ignited our desire to travel in and out of Sydney recently. The three night sampler cruises are really fun and a delightful time to be out at sea. Just imagine yourself sailing on a floating paradise with nothing to worry about at all, just sit back and relax.

Our recent break on board the Pacific Eden was quiet a remarkable one. She is an older cruise liner built in 1993, now belonging to the fleet of P&O. She had a mammoth make over in 2015, the dry-dock treatments have worked wonders, and she looks very refreshed.

END_OF_DOCUMENT_TOKEN_TO_BE_REPLACED

Dining on board the Explorer of the Seas means an endless array of food choices, from complementary a la carte dining, specialty restaurants, buffet style meals and snacks, a classic burger joint and of course, room service.

Since our cruise was a short one, dining themes and attire were mostly casual, although dressing to impress is always an option.

END_OF_DOCUMENT_TOKEN_TO_BE_REPLACED

Love or loathe the idea of a cruise? Once you get a taste of cruising, there will be no turning back and that was exactly what happened to us. From our very first cruise in April with the Voyager of the Seas, we found ourselves again exploring the high seas on board the Explorer of the Seas, Australia’s largest cruise ship launched in 2000.

The two identical floating resorts that we have cruised so far are both operated by Royal Caribbean International, voted as best cruise line overall by Travel Weekly for 13 consecutive years.

END_OF_DOCUMENT_TOKEN_TO_BE_REPLACED

An abandoned building at No. 48 Kensington St. Chippendale, has been transformed into a pop-up wine bar by Stoneleigh. Named Stoneleigh Hotel, this pop-up venue hides a lot more than initially meets the eye.

END_OF_DOCUMENT_TOKEN_TO_BE_REPLACED

It’s becoming difficult to find a budget hotel with a touch of luxury these days, but the new Ibis Styles at the Entrance, will certainly tick a lot of those boxes.

Located along the Central Coast Highway, a very short drive from the main strip of The Entrance, this three Star hotel offers panoramic views over Tuggerah Lakes, and is only a matter of minutes from the many beaches nearby.

END_OF_DOCUMENT_TOKEN_TO_BE_REPLACED

The Newtown Hotel is no doubt one of the most iconic pubs along busy King St in Newtown. Over the years, it has seen many

END_OF_DOCUMENT_TOKEN_TO_BE_REPLACED

There is something to smile about in the burger world Down Under, as Castello Cheese introduced Burger Blue. The first ever conveniently sliced Blue Cheese to complement, and bring a wonderful gooeyness and bite to a ready and waiting juicy burger.

END_OF_DOCUMENT_TOKEN_TO_BE_REPLACED

One rainy night in Sydney, we decided to try something new and go for a Lao inspired cuisine. It was as usual, difficult to find parking along Illawarra Road, then our luck changed, a spot opened up slap-bang in front of this restaurant.

Discover your favourite Sydney Japanese restaurants, enjoy the benefits when you book here! 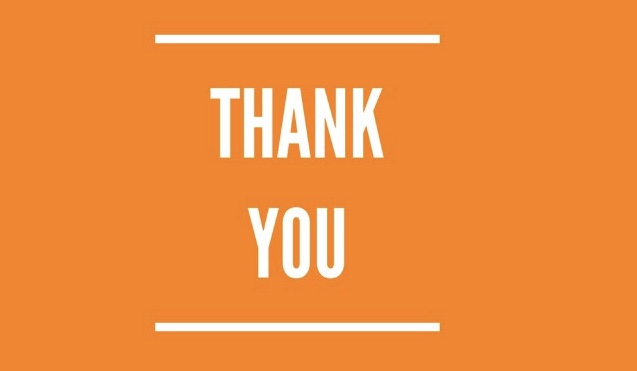